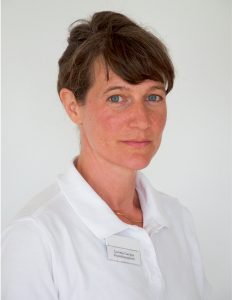 Osteopathy prepares the body, physiotherapy builds it up, and chiropractic helps when things get acutely stuck somewhere – these three manual therapies can be summed up in a nutshell. The most important differences briefly explained.

It pinches here, it pinches there – especially those who train very intensively or who are already older, feel their body again and again. Which therapist should one turn to if the pain is severe or does not improve at all?

In case of sudden pain in the musculoskeletal system, for example because of a “blocked” rib joint, impulse mobilization by a chiropractor often helps. The patient is passive. It is important that the treatment is preceded by a careful questioning: What exactly does the pain feel like? Are there any underlying diseases, such as an increased tendency to bleed or osteoporosis, for which chiropractic treatment should be avoided? Even after major operations and accidents, this method is not the first choice.

Many patients appreciate chiropractic treatment because it often loosens blocked joints quickly and leads to success. It is carried out selectively when acute symptoms occur.

However, if these symptoms keep coming back, this is a sign that passive treatment is not enough. In such cases, active involvement of the affected person is necessary to prevent further relapses.

The physiotherapist helps with this. Training, exercising, repeating, stretching, mobilizing and moving – these are the cornerstones of physiotherapy treatment. Physiotherapy serves to build strength, trains muscle endurance and stability. Compared to chiropractors, physiotherapists are more careful. In addition, the patient’s own efforts are required to ensure that the therapy leads to lasting success. Regular physiotherapy often helps well with complaints of the musculoskeletal system, even if, for example, joint arthritis already exists. As a rule, this treatment takes place once a week for a certain period of time. Osteopathy follows a different approach.

It can be a valuable aid as a supplement to physiotherapy and goes “deeper” than this because it takes anatomical connections into account in a more holistic way.

If a fascia is “stuck” somewhere, this can become noticeable in distant places because the bones, fascia and ligaments from which the organs are “suspended” are all connected. One example is Achilles tendon problems caused by facial chains whose true cause lies in a completely different place, such as the pelvic area. Or low back pain, which – mediated by fascia – may originate from organs in the abdomen and be associated with constipation. Previous injuries can also lead to such fascia tension. If these tensions can be released, any subsequent physiotherapy will have a better chance of success.

Osteopathic treatment is also suitable for conditions where there is a long period of “no progress” or where no tangible medical reason has been found, but the patient is still suffering.

Although osteopathy is considered a “passive” form of treatment, most patients are surprised how tired they can be afterwards, even though they seem to have done nothing about it. The body “works” nevertheless. It can even lead to sore muscles.

One pillar of osteopathy is cranio-sacral therapy, which works with very gentle techniques between the head (cranium) and the sacrum. It can help, for example, after a concussion.

The intervals between osteopathic treatments are usually longer than in physiotherapy; five to seven sessions per year are often sufficient, initially at shorter intervals and later at longer intervals.

No matter what level of sport and no matter how much time you have, a goal-oriented training helps you to get the most out of your conditions and guarantees a long-term increase in performance. The right dosage of load and break protects you from overloading and also maintains your performance in your daily work. The content of the training and the scope of the consultation is individually tailored to your needs.