Green, yellow, pink or blue: today, compression socks or stockings are available in almost every colour. However, their positive effect on performance is disputed. How much is real and how much is placebo?

Although results in scientific studies are varied, one relatively clear common conclusion can be drawn from them: compression socks enhance recovery. Through the positive effect on blood-transporting vessels, they improve blood circulation, increase oxygen supply of the musculature and they improve venous backflow. This effect can be felt as long as you are moving, standing or sitting. As soon as you lie down, the principle doesn’t work anymore. Thus, compression socks can as well be taken off for sleeping. Furthermore, whole socks are more efficient than cuffs. However, probably, none of them makes you faster. Nevertheless, they have other positive effects, making you a popular sparring partner.

Compression socks can support tendons and ligaments similarly to the way bandages or tapes do. Also, they help preventing muscle vibrations, which can be obstructive for performance under certain circumstances. Light legs over inumerous kilometers may be the result.

Everbody can wear compression socks, as long as they feel comfortable. The only exception are people with progressed peripheral vascular disease or decompensated cardiac insufficiency.

This is a contribution by Dr. Rer. Nat Michael Schwarz. He works as a sports scientist and performance diagnostician at the Medbase sports medical centre in Zürich. This specialised centre for sports medicine coaches both team and individual athletes and offers a broad spectrum of performance tests, ranging from sports medical check-ups to sports specific physiotherapy and rehab.

Periodisation of carbohydrate intake in endurance sports – a possibility to efficiently enhance performance and to burn fat.

Several pieces of a puzzle contribute to your running performance as a whole. When you first start running, progress will come quickly. However, one day you will reach a point when it becomes difficult to set new and efficient stimuli. This does not only apply to competitive sports people. Everybody starts working on particular pieces of the puzzle in order to imporve general performance. Nutrition is one of them. In this contribution, sports and nutrition scientist Dr. sc. Nat. Joëlle Flück explains the influence of carbohydrate periodisation in endurance sports on performance and fat reduction.

In endurance sports especially, competition weight is an evergreen. However, weight loss during competition season, in most cases, is not reasonable. The loss of performance due to lack in energy is too big. Another evergreen is the question of what the ideal nutrition looks like. The selection of different forms of nutrition such as, for example, the «ketogene», «low carb» or «paleo» diets is almost too exhaustive, which makes it difficult to keep the overview and to choose a suitable and sensible way for yourself. There is scientific evidence for the necessity of carbohydrates for maximal capacity under intense or maximal pressure or stress. Thus, a low carb diet during intense competition phases is probably not sensible.

Sports scientists have engaged extensively with the topic of nutrition for optimal increase in performance. They have, amongst others, looked at the effects of a low-carb-high-fat diet on performance. A lot of studies have shown that, in the short term, this form of nutrition can increase fat burning. However, in the long run, it has shown to be rather unfavourable in terms of performing at the maximum of your capacity and to improve generally. Nevertheless, these exact short-term effects can be used in training in order to maximise endurance performance even more effectively. Scientists came up with the idea of combining the low carb and the high carb diet, using the advantages of both and to apply them the best possible way. This is how the concept of carbohydrate perodisation was introduced.

Results of studies on carbohydrate periodisation

Marquet et al. (2016) conducted a study with two groups of triathletes. One group ate according to the common guidelines for sports nutrition : enough carbohydrates before intense sessions/competitions, in order to improve maximum performance, and enough carbohydrates after interval sessions to support recovery processes. The other group ate according to the principle of carbohydrate periodisation : normal supply of carbohydrates before interval training, followed by a low-carb phase before bed time. The morning after, the second group conducted a low intensity session on empty stomach, while the first group only trained after a breakfast rich in carbohydrates. After having repeated the different patterns over three weeks the group testing the carbohydrate periodisation showed greater improvement in both a cycling test (+12% longer) and a 10km run (3% faster). Furthermore, the fat mass of this group was reduced by 0.8kg. The other group, however, showed no significant increase in performance after three weeks and both body weight and body composition remained unchanged.

This study shows that it is possible to improve performance as well as body composition through optimal combination of alternating phases of low and high supply of carbohydrates. Accurate planning of training, nutrition and recovery, as well as time of implementation, are crucial. It is also recommended not to repeat such low-carb phases too many times a week, as they also drain on body resources. Further, susceptibility of infections or risks of overtraining and overloading increase. Therefore, it would be sensible to talk to a specialist and to professionally tailor individual nutrition to training and competition plans, in order to eventually achieve optimal increase in performance capacity and fat reduction. 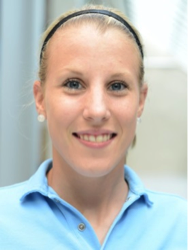 This is a contribution by sports and nutrition scientist Dr. sc. nat. Joëlle Flück. She works in the sports medicine in Nottwil, where she coaches athletes of all levels, including high performance athletes. At the same time, she individually conducts studies in the area of sports nutrition and she is the vice president of the Swiss Sports Nutrition Society. Being a former middle distance runner, she has won inumerous medals at Swiss championships. Today, she runs longer distances. 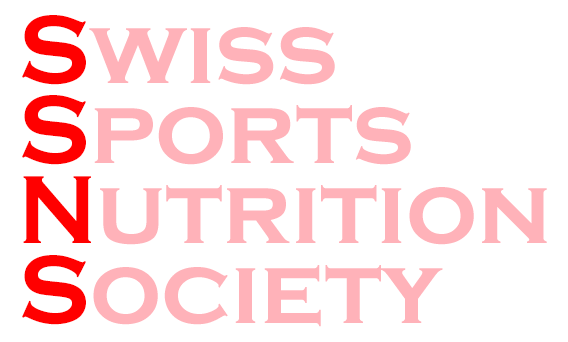