How can you run safe throughout your pregnancy?

That Monday morning in January 2015, I just wanted to go for my usual run. However, my positive pregnancy test in mind, I wondered: “am I even supposed to run anymore?” This thought turned that “usual run” into a special one and one which I still remember. At the start, I ran as if I was jogging on eggshells. It somehow felt strange and unusual, even if it was probably mostly in my head rather than my body. I soon got rid of that feeling and lots of runs were to follow. I am hereby broaching the issue of running training during pregnancy and I am going to try and give advice about how still to run with your belly growing bigger.

Many expectant mothers have been very active before pregnancy and they want to remain active even during and after. Exercise and pregnancy are not mutually exclusive. However, hardly anyone is as easy to unsettle as a pregnant woman. This should not have to be like that! Recently, several positive effects of exercise on both the mother and the baby have been demonstrated: a positive influence on the mood of the expectant mother, decreasing risk of gestational diabetes, avoidance of excessive weight gain, less physical complaints and higher physical and psychological resilience of the mother. 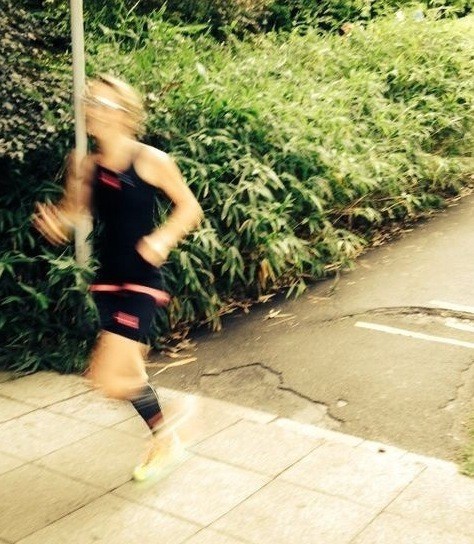 During my pregnancy, the following points have been my guidance:

Experienced runners may continue with their training as before, provided they consider the following points.

High intense training in the anaerobic zone is not recommended, as this firstly prevents the baby from getting enough oxygen, and secondly, the concussions on your body might be too heavy.

As long as your running feeling and recovery are good, there is no reason for you to reduce the amount of training hours from before pregnancy. However, pregnancy itself is already a physical stress for your body and can be compared to light endurance training. Generally, I have reduced my training load a little and in the beginning of my pregnancy I did not have the energy to do long runs. I did not start doing them later either, because with my weight increasing, running was becoming more exhausting than swimming or cycling. 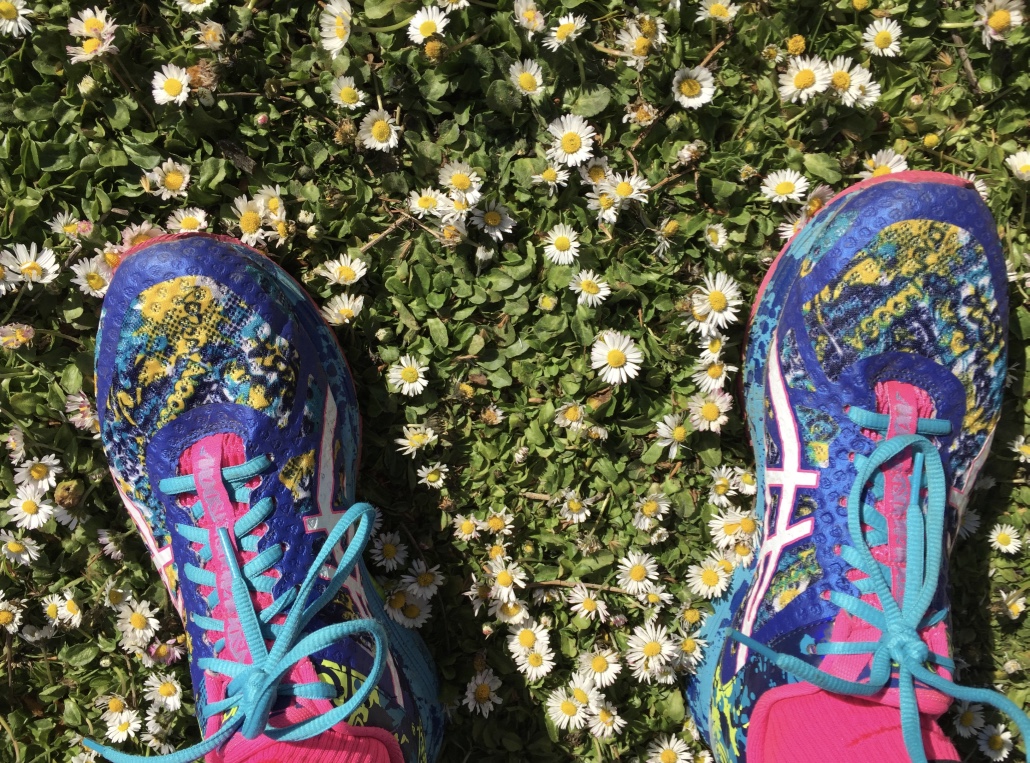 Running in the first trimester

In the first trimester it is all about gaining trust and feeling what is still possible. If everything else feels good, you can continue with your usual running training, as long as you adjust the intensity. I was tired a lot and I often had troubles getting myself to put on my shoes and to go out running. But still, after training I always felt better.

Running in the second trimester

Running in the third trimester

The baby belly is growing and now, at the latest, people start staring at you when they see you running past: a woman, pregnant, running?! It is still possible to run even in the third trimester, as long as it feels comfortable. Some are able to run right until the end of their pregnancy. I was still running for about 40 minutes two to three times a week by the 35th week of pregnancy. I especially focused on a smooth running style, so that the extra weight would not lead to incorrect loading or other injuries. In addition to that, I did a running training in the water (Aquajogging), which was a bit longer than my ordinary running sessions.

One day, the moment might come when you realise that it doesn’t work anymore. This can be in the first, second or even third semester and it is really individual. Sometimes it might help to alternate running and walking or you might just try another day. I stopped my running training when I started to repeatedly feel my lower belly going hard when running. I changed to the cross trainer, which, in addition to Aquajogging, turned out to be a good alternative.

Strength training is a must! 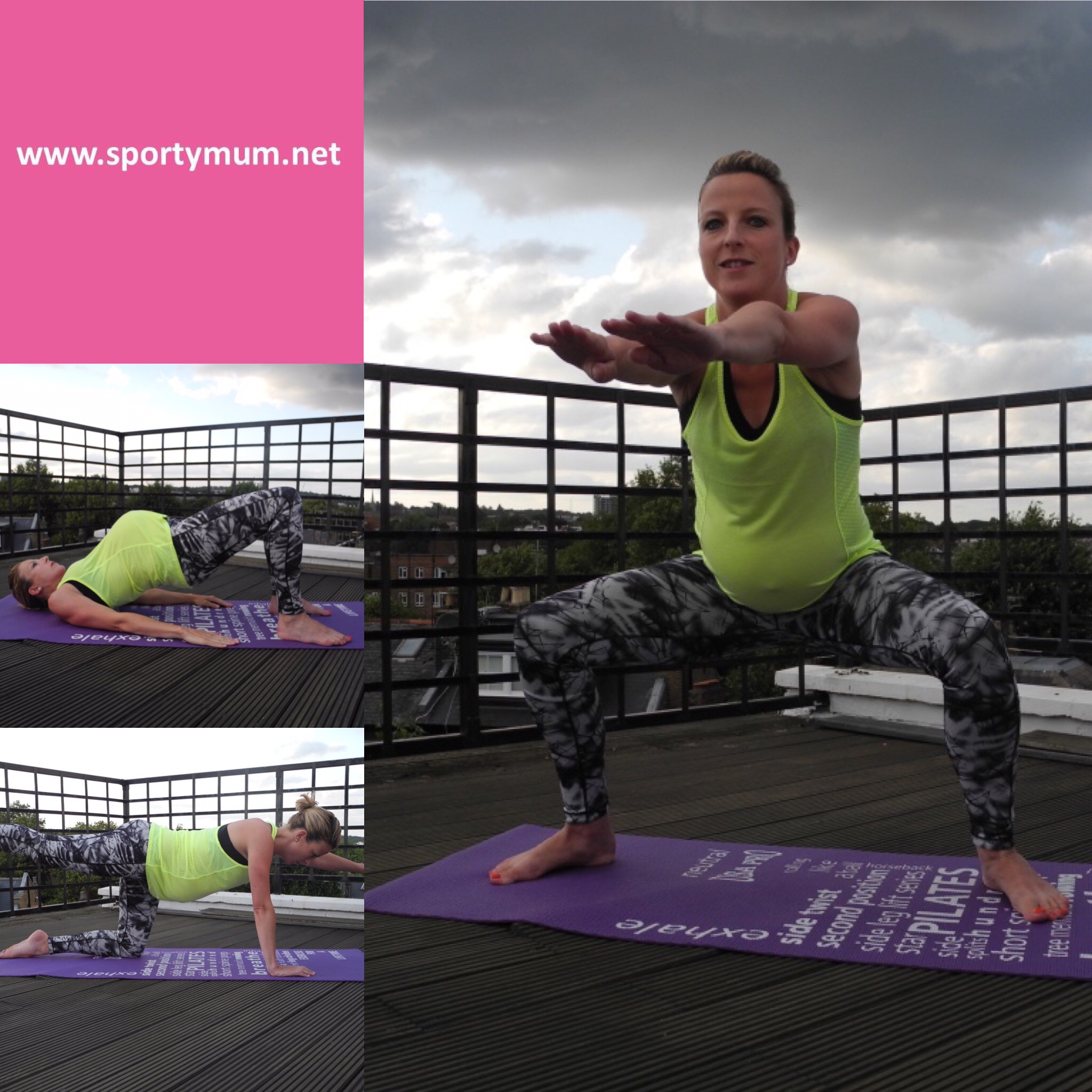 Strength training in relation with running training gets ever more important in the course of a pregnancy. The additional weight is extra demanding for your body and the stress on the pelvic floor is enormous. Further, the hormone relaxin loosens tendons and ligaments and it can lead to instability.

My ten pieces of personal running advise for expecting mothers

I wish you all many nice running moments, even when pregnant. Keep on moving…

Our Gold Coach Stefanie Meyer is a passionate runner and Ironwoman. She lives her passion for sports through her profession as a sports scientist, sports teacher and running coach. She left Switzerland in summer 2014 and has been living in London since then. Being a mum herself, Stefanie runs a blog www.sportymum.net about sports during and after pregnancy. Since the birth of her daughter she has been regularly taking part in competitions again.