Text and pictures: Jürg Wirz – this blog entry is provided by the Swiss magazine FIT for LIFE. If you want to regularly read interesting articles about running and endurance sports, click here.

The career curve of the young Swiss Julien Wanders points steeply upwards. In the miraculous time of 59:13 minutes he outpaced the half marathon in Ras Al Khaimah in February. The 23-year-old from Geneva improved Mo Farah’s European record by 19 seconds. Subsequently, many questions have been raised about where his career could lead. FIT for LIFE tries to answer them.

Can Julien Wanders already call himself the best Swiss runner?

After his two European road running records over 10km in October in Durban (27:32) and in December in Houilles (27:25), Julien Wanders now also made it to the top of the European best list over the half marathon distance. Never before has a Swiss athlete been able to call himself a double European record holder, never before has a Swiss long-distance runner performed at such a high level – not even Markus Ryffel (whose national record of 5000 meters from 1984 is still untouched) or Viktor Röthlin. Nevertheless, Wanders still has to continue running and achieve great successes at international championships in order to be remembered by the general public as the best Swiss long-distance runner of all time. And his performances on the track are not yet at the same level as on the road. Where does Wanders stand internationally with his European record in the half marathon? On position 38 of the eternal world best list. So far, 28 Kenyans, 7 Ethiopians, 1 Eritrean and 1 Bahraini have been faster than Wanders. In the 2019 season’s best he ranks fourth behind one Kenyan and two Ethiopians. The Kenyan Abraham Kiptum was 55 seconds faster than Wanders at his world record in October 2018, the season’s best Stephen Kiprop 31 seconds faster.

How did Mo Farah react when the cheeky Swiss youngster broke a European record for the second time in just a few months?

Mo Farah didn’t make a public statement, but he can’t have been very happy. In recent months, the Briton has primarily been focusing on the marathon in London at the end of April, where he will meet world record holder Eliud Kipchoge. Kipchoge has a clear opinion on the Swiss competitor and says that Wanders is the best example that anyone with talent and unconditional will can reach the top. According to Kipchoge, the East Africans have no genetic advantages. 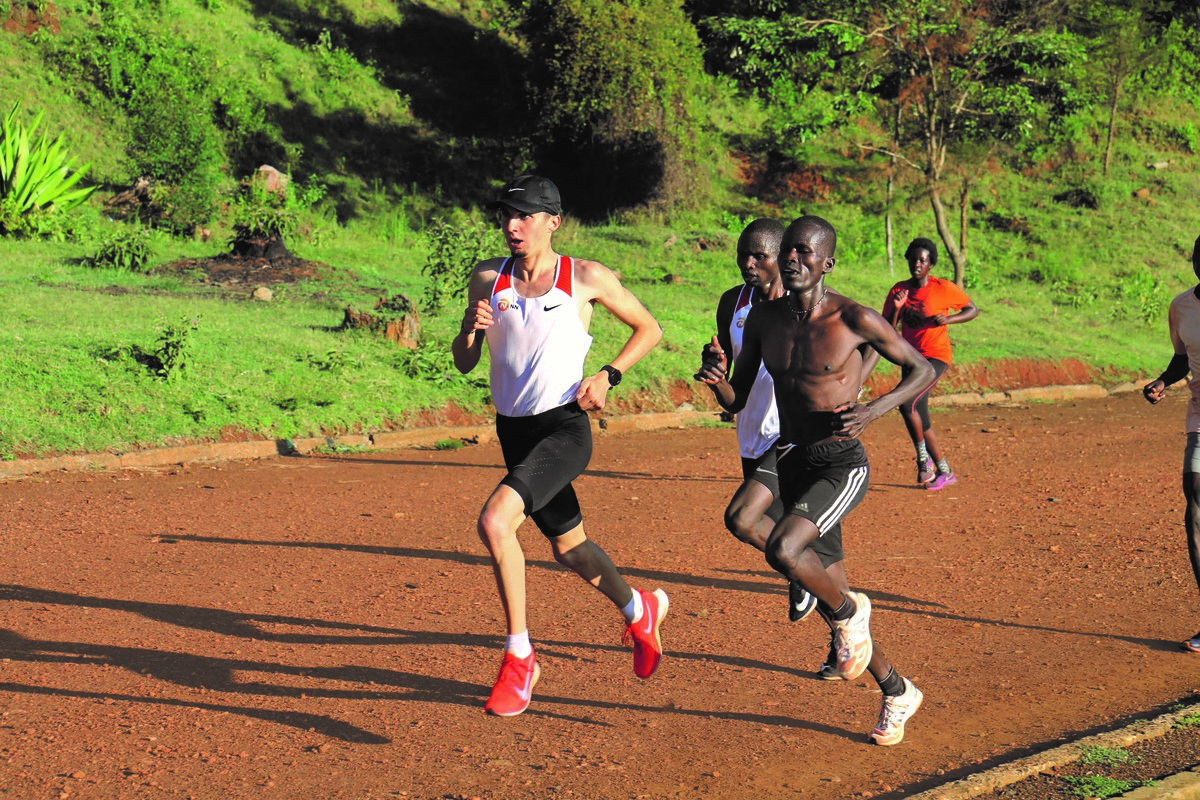 Does Wanders have what it takes to set the world record?

Observers of the scene agree: If Wanders stays healthy, there’s nothing he can’t achieve. Wanders has dedicated himself completely to running, living in Kenya for the rest of the year and combining the discipline and systematic approach of a European with the African mentality. Wanders focuses all his actions on sporting success, his life consists mainly of training, eating and sleeping. In addition to hard running training, Wanders regularly does coordination, flexibility and strength training. He is advised by the Swiss nutritionist Christof Mannhart on what he should eat and what nutrients are necessary. Wanders uses sophrology as a kind of mental training including meditation exercises and he gets massages several times a week. And above all: With Marco Jäger, he has a trainer who has been looking after him since his youth and knows him very well. There is no apparent reason why Wanders should not one day be one of the best in the world.

What can Wanders be expected to achieve at the supreme distance of a marathon?

What are the biggest risks and dangers in Wanders’ career?

As with all talented young runners, it is crucial whether Wanders remains without injury and motivated in the long run. There will be no lack of motivation, because his goal is clear: World elite. The greatest danger for him – and not just since yesterday – is his impatience. Wanders has already completed the training of a world-class marathon runner. The New Zealander Jake Robertson (half marathon best time 59:57), who also lives most of the time in Iten, no longer trains with the Swiss, because he thinks he trains too hard too often. However, coach Marco Jäger is aware of the dangers. He is planning to prepare his protégé well with an eye on the future with the marathon distance. But: Wanders is a guy who never takes it easy when it comes to training; in his training group he is the boss who sets the program as well as the pace. 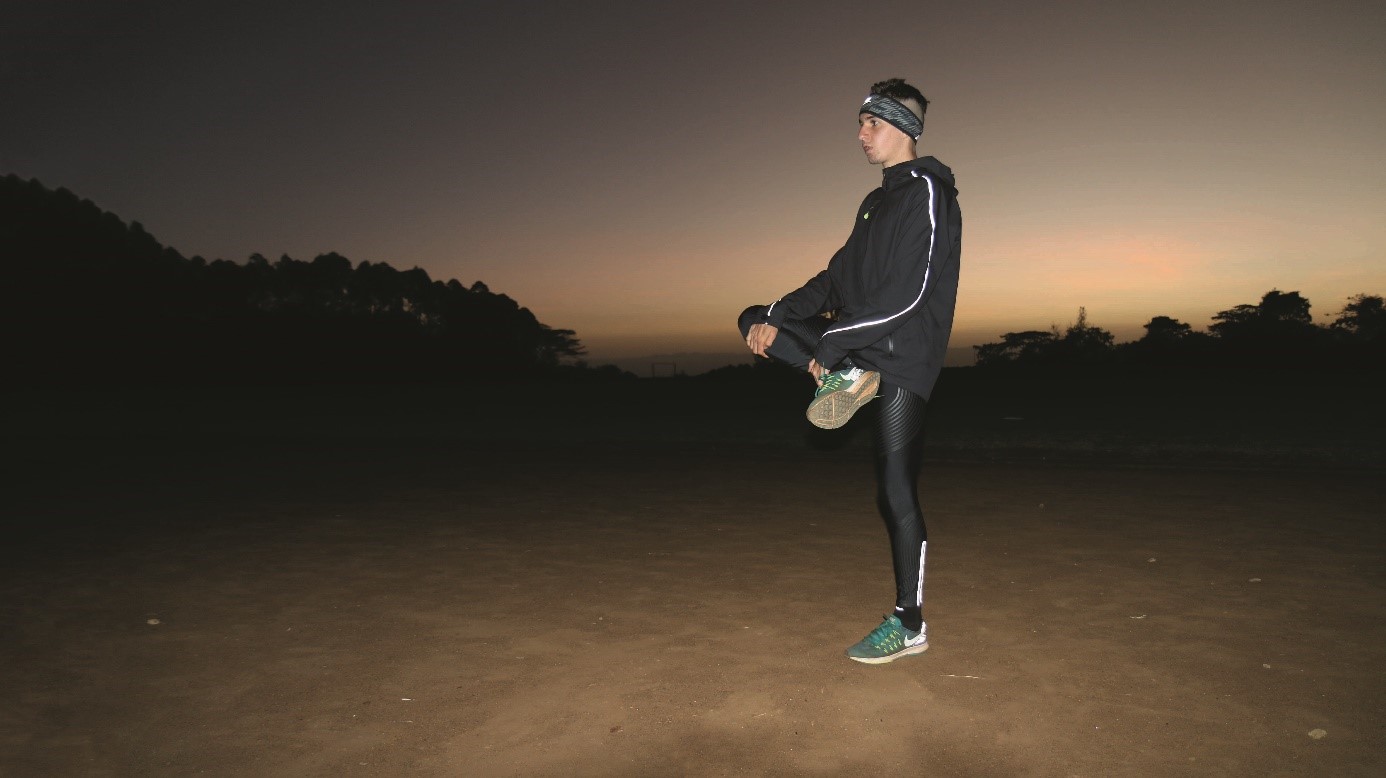 On the track, Julien Wanders is not yet where he wants to be. What are the reasons for this?

If you run the 10 kilometres on the road in 27:25 minutes, you should be able to run the 10000 metres on the track in less than 28 minutes. (Wanders’ best time at the moment is 28:06,17.) He himself thinks that so far he has not been able to perform as relaxed and confident on the track as on the road. Probably just one “coup” is needed – and he’ll also become a world-class runner on the track.

What does Wanders’ master plan for the next few years look like?

Until the Olympic Games in 2020, he wants to concentrate on the track, then switch to the marathon. However, he does not rule out being a pacesetter in a major city marathon up to the 30 or 35 kilometer mark in the Olympic year in order to get a feel for the marathon. Despite his current successes, there is little doubt that the marathon will be his best course in the future. The World Championships in Doha at the end of September will be the next concrete goal.

Which distance will he chose to run?

At the moment he’s thinking of starting on both long-distance routes in Doha, which is quite possible from the point of view of the schedule: On the first day, the qualifying runs are over 5000 meters, on the fourth the final, only on the tenth and last day the 10000 meters will take place.

How much does Julien Wanders earn with his current successes?

An athlete is just as reluctant to talk about his pay as an employee is to talk about his salary. In this respect, Julien Wanders is no exception. He doesn’t get the big starting fees yet. One of the leading managers, who has several world-class runners under contract, assumes that he will receive between 3,000 and 5,000 Euros in starting money in a street race, plus the prize money. On the track he probably only gets good money in Zurich and Lausanne, in most places nothing at all, because he lacks the international medals. Together with his sponsors, however, Wanders is already making good financial progress.

Wanders’ achievements are incredible. Is everything going quite right?

Those who observe Wanders’ path believe that he is able to do clean performances, even on this high level. Wanders is as determined and uncompromising in his commitment to running as anyone else, but at the same time he is extremely transparent and discloses all his data. According to his coach Marco Jäger, Julien Wanders was checked for doping around 50 times in 2018. Thus, there is no reason to doubt Wanders’ performance.

Translated to English by: Denise Kaufmann