Our team member T-Roy Brown ran to eleventh place at the Stockholm Marathon in a time of 02:22:26. We talked to him about his tapering issues, pacing and recovery after the race.

02:22:26 is undoubtedly a very good time, with which T-Roy is basically also satisfied. Although he missed his personal record from Paris by 17 seconds, the course in Stockholm with many altitude meters is certainly not the fastest and the 20 degrees Celsius was also not the running temperature preferred by T-Roy. Nevertheless, the real goal would have been a time under 2:18, which would have meant the standard for the U.S. Olympic Trials.

However, it was clear to him before the run that the chances of reaching the limit were only about 10%. Injuries during the winter months caused him to switch to the less than optimal course in Stockholm. Nevertheless, he was determined to try and consciously accepted the risk of losing some time at the end.

Accordingly, he started the first half of the race very offensively and passed the half marathon mark in a time of 01:08:32, which was pretty much according to plan. However, he said he ran the first 5k a minute faster than planned because he started the clock a little too early and thus never really got control of the pace. Towards the end he had to pay for the somewhat too fast start.

Tapering phase before the marathon

Interesting are also his statements about the tapering before the marathon, which in this specific case lasted a week and included among other things 3 rest days:

“Tapering feels terrible to me. I know that it is right and important, but my legs feel worse during tapering than during a normal training week. Plus, on the first rest day, I didn’t even know what to do with the time.”

Instead of the normal 150 or so kilometers of running, he completed “only” 50 kilometers on foot the previous week.

More info and tips on tapering

Recovery after the marathon

T-Roy does not want to completely forgo sports during the recovery phase. In the first week, he will completely forgo running and intense training sessions, but he will keep his muscles moving in the pool and on the bike, as he has found that this promotes rather than impairs his recovery. However, he does not plan these workouts in advance; instead, he simply does whatever fits into his daily routine.

More information about recovery after the target race

Next attack on the standard

His next attack on the US Olympic Trials standard will be on October 16 in Amsterdam. There, the course is flatter and the chances are much higher that he will be able to run the required time. 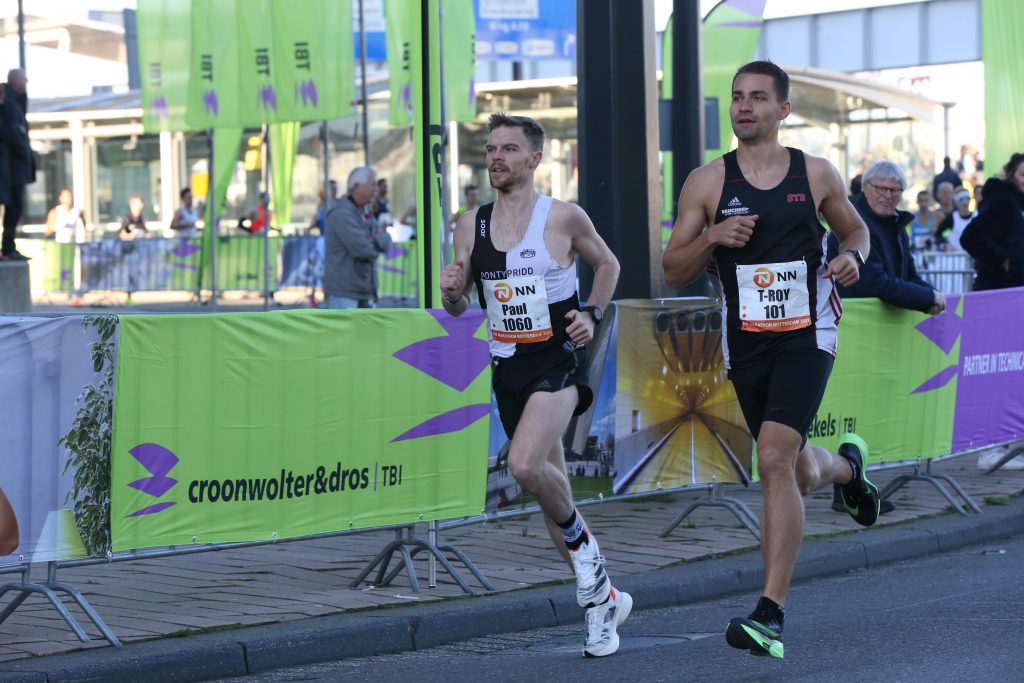