There are trail running events all around the globe. But where is it most worthwhile to start? Because we know how difficult it is to find an answer to this question, we provide here a collection of 10 of the most beautiful events around the globe. If you have your own events that should be on the list – write them in the comments.

Let’s go on our trail world tour! We start, of course, right on running.COACH’s doorstep, Switzerland. This race is not only a fascinating event, but the oldest mountain race among the major European competitions in the mountains. We are talking about Sierre-Zinal, also known as the race of the five 4000ers, which will take place on August 13, 2022.

Known as one of the most beautiful mountain races in the world, Sierre-Zinal was created in 1974 by Jean-Claude Pont to “rediscover the effectiveness of physical effort and relearn how to use the mobility of your body”. Sierre-Zinal is part of the GTWS (Golden Trail World Series) this year and the race’s winning factors include breathtaking scenery, a warm atmosphere and excellent organization. With its 31 km, 2200 positive and 1100 negative meters of altitude, the race demands excellent physical condition.

For all runners with an expected time of more than four hours, a “tourist category” will be offered. Anyone who still wants to register should hurry, the starting places are always taken quickly.

The next stop on our trail world tour takes us to Tromsø, Norway, where the 9th edition of the Tromsø Skyrace, an official race of the Skyrunner World Series, will take place August 4-6, 2022. Created by Kilian Jornet and Emelie Forsberg in 2014, the trail run requires a mix of speed, endurance and mountaineering skills to complete the given distance between the different peaks, especially the technical passages.

This skyrun offers routes of 57 km (the original), 32 km, 18 km and 2.7 km. Both experienced trail runners (the two longest routes require a high level of skill) and less experienced runners will get their money’s worth at the Tromsø Skyrace. The breathtaking views of the mountains, the sea and the city of Tromsø are a great incentive to sign up!

From August the 22nd to the 28th, 2022, the unparalleled UTMB, the Ultra Trail du Mont Blanc, will take place. It is one of the most popular events for all trail runners, and every year almost 10,000 athletes gather in Chamonix to participate in one of the 7 races organized as part of this event. To complete the course of the UTMB, you have to go to the limits of your physical and mental endurance, but you will be rewarded by the beautiful nature that the mountain offers with its valleys and majestic ridges.

During the period of the UTMB, all of Chamonix goes wild, with more than 20,000 spectators supporting the athletes and more than 50,000 visiting the Mont Blanc villages to watch the spectacle or participate in the various activities. Fairness, respect for people and the environment, and solidarity are the foundations for the functioning of the UTMB.

The races range from 170 km to 2 km for children. The 170 km ultra trail is about going around the entire Mont Blanc in less than two days, with 10,000 metres of positive height gain. All this taking into account the often nasty conditions and the many mountain passages. The prerequisite is that you have the appropriate equipment and, of course, have completed a targeted training in the months before. In return, you are guaranteed a spectacle!

The DoloMythsRun will take place on July 16th and 17th, 2022 in the Fassa Valley, in the middle of the Italian Dolomites. The races range from the 60-km Ultra and the 25-km Half Marathon to the 22-km Skyrace and Vertical Race. The trails include paths, slopes and scree fields.

This Skyrace is part of the Golden Trail World Series, and the last edition in the women’s category was won by Judith Wyder, one of the best Swiss trail runners (running.COACH users will surely know Judith from various running.COACH explainer videos). Many international athletes compete every year to win, but mainly to enjoy the magical view of the Dolomites.

We started our European trail tour in the north, in Norway, and will end it in the south, on the island of Gran Canaria, where one of the biggest and most fascinating trail races in the world takes place, the Transgrancanaria HG. The next edition will take place from February the 23rd to the 26th, 2023. It is already too late for this year, but there is enough time to prepare physically and mentally for the 2023 edition! While in 2003 there were 65 participants, today there are over 1,400, making the event one of the most famous trail runs in the world.

The races are divided into 15 km for youth, 26 km, 43 km, 62 km and the main race over 126 km. The latter, of course, is for experienced trail runners and ultra-endurance-trained runners. The challenges are many, but you can overcome them through hard training and the breathtaking views, of course, make the undertaking even easier.

We change continent and travel to North America, more precisely to Colorado, USA. On September 17th and 18th, 2022, the city of Manitou Springs will host the oldest marathon in the United States held without a break in the event, the Pikes Peak Marathon. The Pikes Peak Ascent, a 21km race, will take place on the first day (17 September), while the Pikes Peak Marathon will take place on 18 September. It was originally held on the same day as the marathon, but became a separate event in the 1980s due to its growing popularity.

Pikes Peak, also part of the GTWS, is a legendary race that requires a high level of physical exertion and course knowledge. The competition features few downhill sections, and the positive elevation gain is 2,382 meters. Both races start in town (and the marathon finishes there as well), but most of the race takes place in the Pike National Forest. The numerous and unusual weather changes (snow, storms and thunderstorms) are a factor to consider. The course is often narrow, winding, and has severe changes in terrain, elevation, and direction. It is therefore difficult to overtake your competitors, which is why experienced participants advise against overtaking too often. It’s better to wait until you hit a wider section of the route, such as No Name Creek. That sounds tempting! 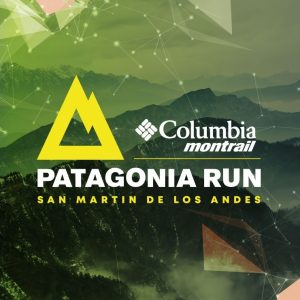 On to the southernmost point of the American continents, Patagonia. In this vast and fascinating region between Argentina and Chile, the Patagonia Run took place from April 7th to 9th, 2022. The wonderful landscape makes the ultra trail very demanding, but at the same time suitable for all athletic performance profiles. There are seven distances: 10 km, 21 km, 42 km, 70 km, 110 km, 160 km and the new PRVertical format with 3.4 km. The 160 km ultra trail is started on the shores of Lake Lácar in Argentina. Steep climbs and mountain trails characterize the race, with the simultaneous privilege of admiring the impressive landscape of the Andes. 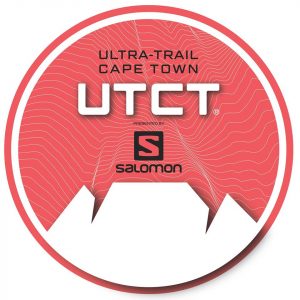 From November 25 to 27, 2022, the South African capital will once again host the Ultra Trail Capetown. It was launched in 2014 and has since developed into an internationally recognized event that is part of the Ultra Trail World Tour. Numerous athletes from 55 different countries do not miss the opportunity to run on the beautiful trails of the Cape Peninsula.

The different distances that can be covered again allow all types of runners to participate in the race. There is the 21-km, 35-km, 65-km, 100-km and the new 100-mile run. The latter runs through the northern mountain range of the Mother City to the southern mountains, covering 8,500 meters of elevation gain! The volatile temperatures and weather conditions in this region can obviously affect performance, and the technical trails require extreme caution.

On the weekend of the event, the city will be festive and full of runners ready to take on the challenge and enjoy the region’s natural heritage, including Table Mountain.

On the Asian continent, we have decided to present the Vietnam Jungle Marathon, which will take place on October 15th, 2022 in the Pu Luong Nature Reserve near Mai Chau. The region is characterized by wild jungle, imposing peaks, waterfalls and numerous rice fields around small villages. Time seems to stand still here, and every year the race attracts more and more runners who go through a kind of spiritual journey into the natural and cultural beauty of this region.

The program includes distances of 10 km, 25 km, 42 km, 55 km and 70 km. A unique end point is the village of Ban Hang, where participants can spend the night in traditional stilt houses. The different villages are connected by “wonder trails” with steep descents and challenging climbs, where you can sometimes encounter animals such as buffalo. At the end of the competition, a big party is organized where you can experience the special atmosphere of the place after discovering areas of Vietnam rarely visited by tourists!

We end our world tour in New Zealand to discover the Tarawera Ultramarathon. Starting point is Rotorua (on the shores of the lake of the same name on the North Island), date is February 11th 2023. Also in this 14th edition, participants will be able to admire unimaginable landscapes, cross forests and pass eight lakes and several waterfalls. Lush nature is the star of this trail run. As part of the UTMB World Series, this competition attracts the best trail runners from all over the world!

With 21 km, 50 km, 102 km and 100 miles, this event is equally suitable for athletes of different skill levels. The courses are not technically demanding, and the generous time limits make finishing possible even for less experienced runners (of course, excellent physical condition and specific training in the preceding months are required). The TUM21km is the perfect opportunity to gain trail running experience as a beginner.