Ruth Helfenstein is now 90 years old and still in top shape, both physically and mentally. Running has made a significant contribution to this. In this interview, she tells us how running has helped her achieve this.

Today, Ruth runs for her health. She wants to stay fit and in shape even at an older age, and her method of doing so is running. “At 90, you definitely don’t get any faster, but running is still good for me. It keeps me fit and makes me feel good about myself,” is how the Basel native describes her running drive. Ruth’s running routine is impressive: she marches or runs every day and races once a week in a virtual 5-kilometer race. However, this has not always been the case.

Born in 1931 and raised in central Switzerland during World War II, she says running was never an option in her surroundings. And certainly not for her as a woman. It wasn’t until she was 58 that she started running, although initially it didn’t really deserve the description “running”: “My boyfriend talked me into taking part in the Swiss Women’s Run. I had no idea how I was going to do it, so I followed a 10-week preparation plan. At the beginning, the program alternated between one minute of marching and one minute of easy jogging. That was quite a challenge for me at the time. But she stuck with it and the running suddenly became easier. In retrospect, Ruth knows that this women’s race marked the start of a new chapter in her life. 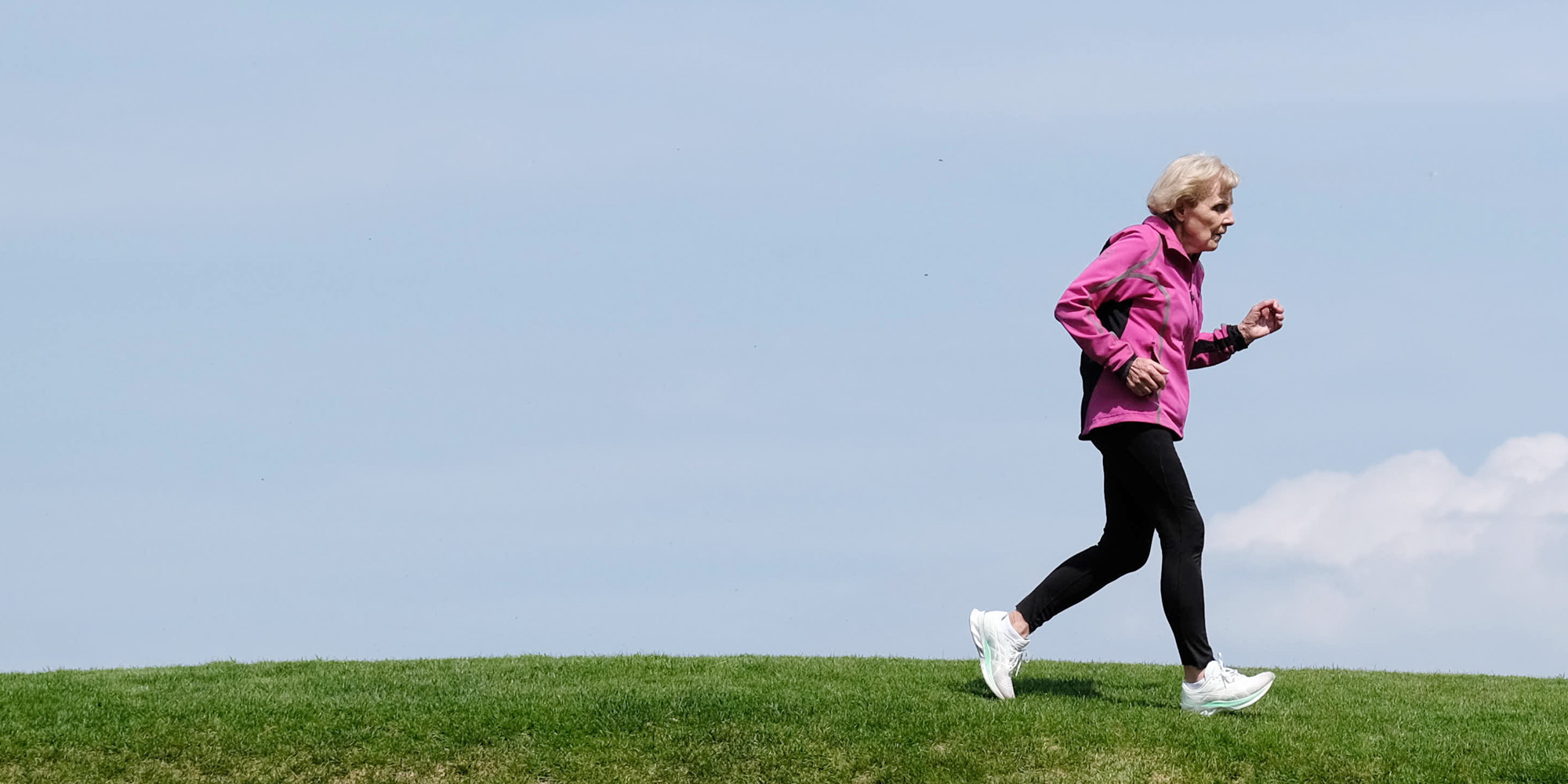 Running and its effects became an integral part of Ruth’s life. She decided to join a running group, where she made friendships that last to this day. And she began to explore the world running: “On every continent of this world I have competed in at least one running event. Whether it was the “TwoOceans” half marathon in Cape Town, the Berlin Marathon or the half marathon in New York, running took me around the world. I am very grateful for that today. In the process, late bloomer Ruth has also made a name for herself in the masters categories. She can call herself a multiple age group world champion, and even held the 400m indoor world record for the over-80s for a time.

When the Corona pandemic started two years ago and Ruth had to cancel her planned participation in the New York Half Marathon, she was briefly convinced that she was “done” with running. But in May of the same year, she discovered the virtual runs of the viRACE app for herself. She was particularly taken with the weekly Migros Run N’ Win, which her more than 90 starts in the virtual 5km run more than prove.

Today, at over 90 years old, the consequences of Ruth’s running activity are still omnipresent in her everyday life: “My generation doesn’t really exist anymore, I sometimes feel like a remnant of it.” Many of her peers have passed away, she says, and others are mentaly and physically impaired. “I’m thankful that I’m not out and about complaining on a walker. Sure, you can never control your health one hundred percent, but I’ve always done a lot for my health with running. I’m proud of that,” says Ruth.

But even Ruth can’t stop the aging process completely. She takes it with humor: “The only way to live a long life is to grow old. That is something she has to accept. This year she is planning a running trip to Menorca. There she will do a bit of jogging and, above all, hiking – in other words, primarily do something good for her health.