Untrained fasciae contribute to various health problems that plague runners. Training them requires little effort, but it pays off.

Fasciae are eminently important for runners for two reasons: First, because they allow flexible, elastic movements. It is only thanks to fasciae, for example, that gazelles can jump for metres. This “catapult effect” also helps athletes. Thanks to the fasciae, the muscles function optimally.

The second reason why runners should take care of their fasciae is that impaired fasciae can contribute to a whole range of health problems. Whether Achilles tendonitis or “runner knee” – fasciae are always involved.

Sometimes the cause of the pain is not where it hurts. Tightened fasciae on the left shoulder, for example, can cause pain up to the right leg. The fasciae form a network that runs through the entire body. Several fasciae are connected to each other like a chain – if it is stuck in one place, it affects a larger interconnected area (“chain”).

At least eight such “fascia chains” are known so far. The “large spiral chain”, for example, runs from the thick fascia on the sole of the foot over the Achilles tendon and calves up the back, over the skull and up to the eyebrows. Among other things, it is used for a more upright posture. Therefore, it makes sense for runners to train not only a few fasciae, but as many as possible. Strictly speaking, this is not training, but “making you suppler”. But: This training is essential. The best cardiovascular and muscle training is of little use if the fasciae do not participate!

Overloading, unusual strains or disturbed movements lead to the fasciae becoming stiffer. Colloquially, we speak of “sticking together”. At this point, so-called myofibroblasts start settling increasingly in the fascia. These are cells that occur, for example, in scars. They stiffen the fascial net, to the chagrin of the muscles and the human being, who becomes less mobile as a result.

Fasciae can be trained with three methods: Bouncing, stretching and rolling out. Good exercises are for example:

An alternative to rolling out is fascia massage (Rolfing), a supplement to bouncing can be jumping on a trampoline.

Those who take care of their fasciae – and this is of course also recommended for non-runners – notice that they become more agile. The freer the fascia, the better the posture. But that doesn’t happen overnight. Several weeks of fascia training are necessary for success. Treat your body to it and take the time for it!

Tips for rolling out 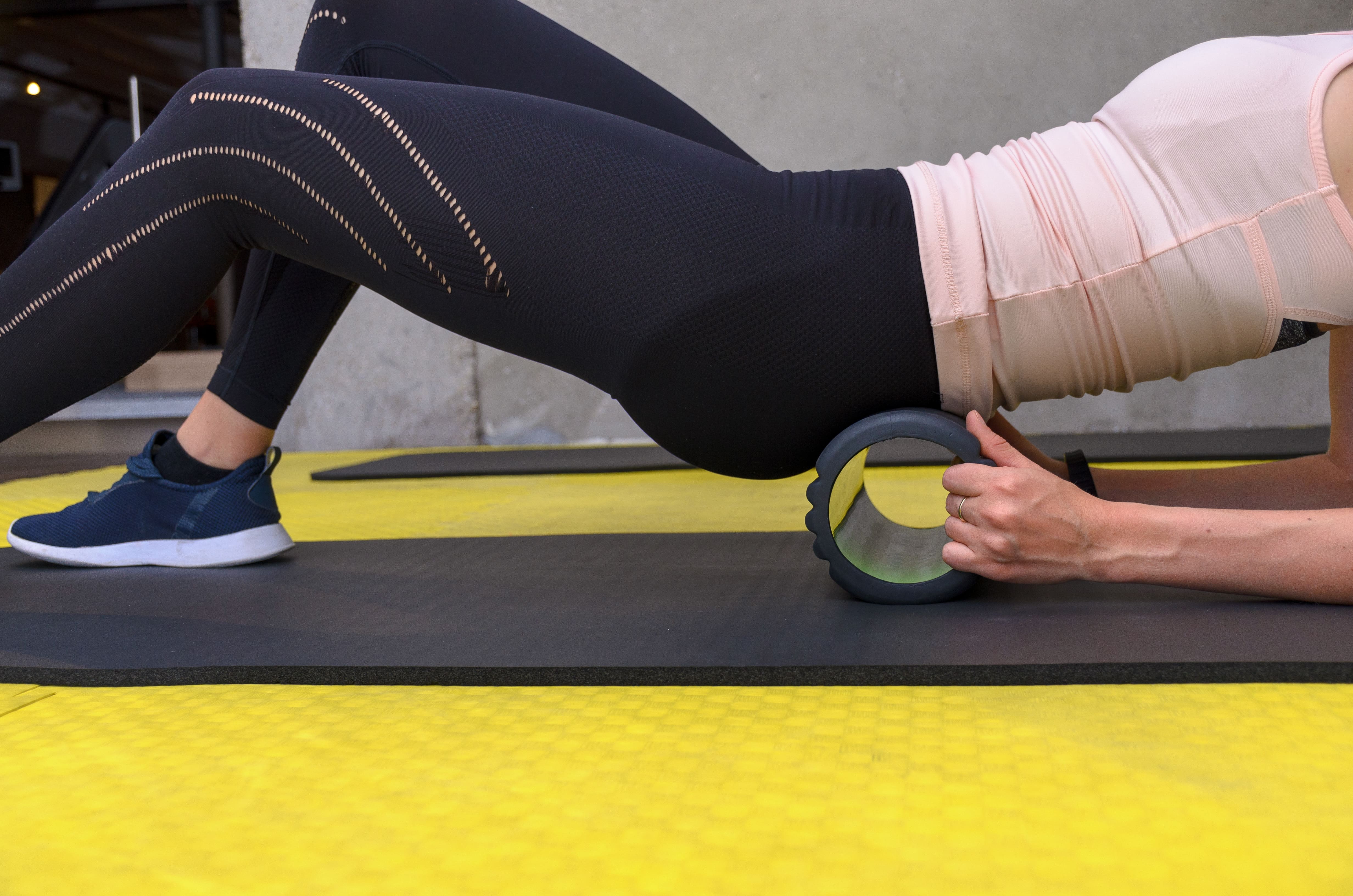 If you are completely healthy, you can use this guide to start rolling out your fascia with the Foam Roll. However, if you have health problems, it is best to have the trainer at the gym or your physiotherapist show you how best to use the Foam Roll.